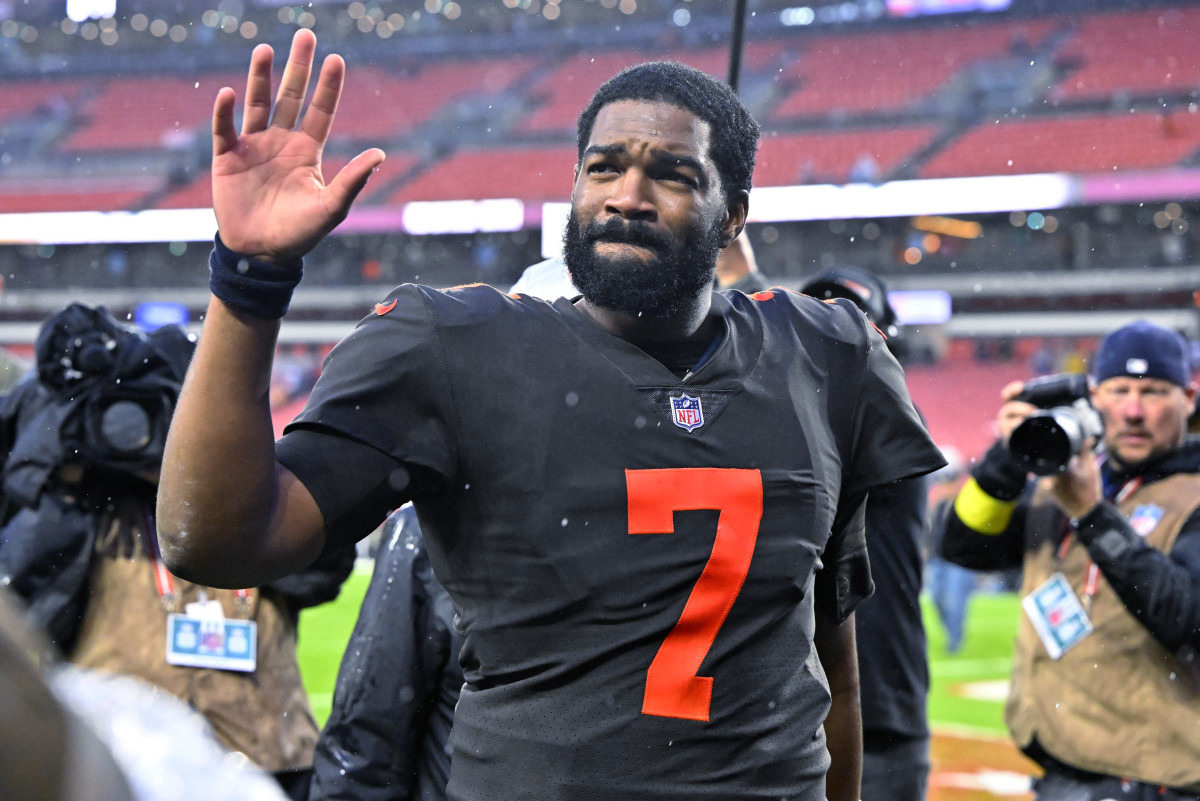 The AFC North is a tricky beast.

No prediction has been safe within the division the last few years.  Point spreads mean little.  Performances are uneven and impossible to quantify in a larger team context.  Underdogs routinely ruin Sundays, often late in games and in agonizing fashion.

But we’ll discuss the Ravens more in a moment.  Meanwhile, divisional standings now mirror each other, with matching 7-4 records leading the group, and 4-7 records leaving the stragglers in position to retain their faint playoff hopes.

Regardless of where the Ravens finish in the standings, the 2022 season will always be remembered for the team’s marked inability to close.  Per some pundits, the Ravens would be undefeated is they’d simply been able to retain fourth quarter leads.  The latest egregious example saw Jacksonville second-year QB Trevor Lawrence, on the heels of an excellent day against a plodding defense, toss a TD pass and a two-point conversion in the closing minutes to upset the heavily favored Ravens, who had played halting, disinterested football to that point, evidenced by several key dropped passes, errant throws and a mostly-stalled rushing attack that only provided numbers when QB Lamar Jackson broke the pocket out of necessity.  The last-second 67-yard FG attempt notwithstanding, this was a shameful performance in every conceivable way for the Ravens, who have now established a pattern of fourth quarter gaffes.  Once or twice is an aberration, but four times in a season, with more on tap?  That’s a distinct pattern of losing when it’s most difficult TO lose, and it may require a new philosophy on both sides of the football to overcome.  This offseason could be very ugly in Baltimore if this continues.

(Re Jackson; his postgame social media idiocy clearly indicated frustration and angst over his and the team’s subpar performances, but in this hypersensitive era, no amount of “bro chatter” and “locker room talk” can be deemed acceptable, especially when anti-LGBTQ sentiments are blithely being expressed with absolutely no understanding of the comment’s context and hurtful nature, as seems to be the case here.  Jackson’s agent, if he had one, would surely be apoplectic over his client’s marked immaturity and lack of discipline, not to mention his obliviousness to the tenor of his posts.

In what’s probably Browns QB Jacoby Brissett’s swan song as a starter, the Browns managed to pull out an overtime win against the dwindling Buccaneers and archaic QB icon Tom Brady.  Browns head coach Kevin Stefanski chose to run “bell cow” RB Nick Chubb in a short yardage situation (gasp!) to secure the winning points and hand Brady his first fourth-quarter-with-a-lead loss.  Brissett was reasonably effective in his final start in throwing a TD pass and an interception, but the offense was driven by Chubb, who totaled 116 rushing yards and the aforementioned TD.

Defensively, the Browns struggled to contain WR Chris Godwin (12 catches, 110 yards, 1 TD), but seemingly shut down everything else.  DE Myles Garrett recorded an good day with 1.5 sacks and countless QB pressures, including several in the last ten minutes when he reportedly re-injured his shoulder.  Backup CB Martin Emerson Jr. was very good with four passes defensed, paving the way for an increased role going forward.

In a physical, punchy affair, the Bengals managed to outslog the Titans, proving they’re capable of performing even with their vaunted passing attack somewhat limited.  Bengals QB Joe Burrow had a mostly quiet day outside of a good showing from WR Tee Higgins (7 catches, 114 yards, 1 TD), showing good pocket discipline and throwing the ball away when needed.  The Bengals were missing their top two offensive weapons (RB Joe Mixon, WR Ja’Marr Chase), but managed to compensate by simply staying focused and not making mistakes, penalties or turnovers.

The Bengals were very good on defense, limiting Titans bruising RB Derrick Henry to 38 rushing yards and a 2.2 YPC average.  It should be noted the Titans were unable to score a TD offensively, having garnered their only end zone appearance by virtue of a fumble recovery.  Due to the Titans being unable to run the ball, they resorted to passing to their backfield options, resulting in Henry posting 79 receiving yards – a career high, but also not exactly his core function.  Such is life in a “throwback” defensive contest like this one.

The Steelers gutted out a win against the controversial Colts and interim head coach Jeff Saturday, who showed signs of his inexperience when it mattered most – the last minute of a close game.  Both offenses turned on the play of their respective rushing attacks, as neither passing game managed to crack 200 yards.  Steelers backup RB Benny Snell Jr. (12 carries, 62 yards, 1 TD) was solid in filling in for starter Najee Harris, who departed with an abdominal injury after ten carries and a TD.

The Colts managed to limit uber-pass rusher T.J. Watt to three tackles, but focus on him opened up opportunities for the rest of the defense.  Veteran CB Arthur Maulet appeared a lot on the box score, having totaled 10 tackles and a sack.  DE Cam Heyward, to be cliché, “set up shop” in the Colts’ backfield, totaling three QB hits on hapless Colts QB Matt Ryan and countless hurries.  ILB Devin Bush, already a bit of a reclamation project, played well with eight tackles, teaming with fellow LB Myles Jack to limit Colts top RB Jonathan Taylor to 86 yards.

Have a good week!