We all know the Fake Knowledge media doesn’t declare winners. After all, these are the same people who told you Jimmy Garoppolo would be a good QB[1]. How many times can they lie to our faces before we realize we’re being duped and stand up for ourselves?

The “Seahawks losing” hoax flies in the face of mounting evidence[2] and statistical impossibilities[3][4]. Of course, the stands at Lumen Field were EMPTY while the alleged “losing” was taking place, so there are NO WITNESSES – just like 2017[5].

So how did the So-Called “Rams” pull it off? It is now known that the NFL meddled extensively in the 2020 season, repeatedly ignoring their own longstanding procedures[6][7][8]. It has also come to light that the League is sponsored by a group of powerful industrialists, with a vested interest in promoting the “Ram” brand[9]. And there are rumors that Sean McVay personally bio-engineered the Chinese Coronavirus Wuhan Bat Plague Flu that isn’t even real.

Additionally, it has been alleged that the Rams’ use of their starting QB may have been ILLEGAL!  Our cameras spotted a mysterious van arriving through a service entrance, before absconding with the evidence[10].

The Rams Defense – who have been hording Yellow Highlighting all season long – selfishly obstructed Seattle’s Offense every step of the way, intentionally sabotaging ALL of their big plays, rather than doing what is best for the citizens of SKA.

Furthermore, Knowledge Seekers, my anonymous sources are telling me that a group of nefarious persons are conspiring to STEAL the 2020 NFL MVP Bony Award from Russell Carrington Wilson: 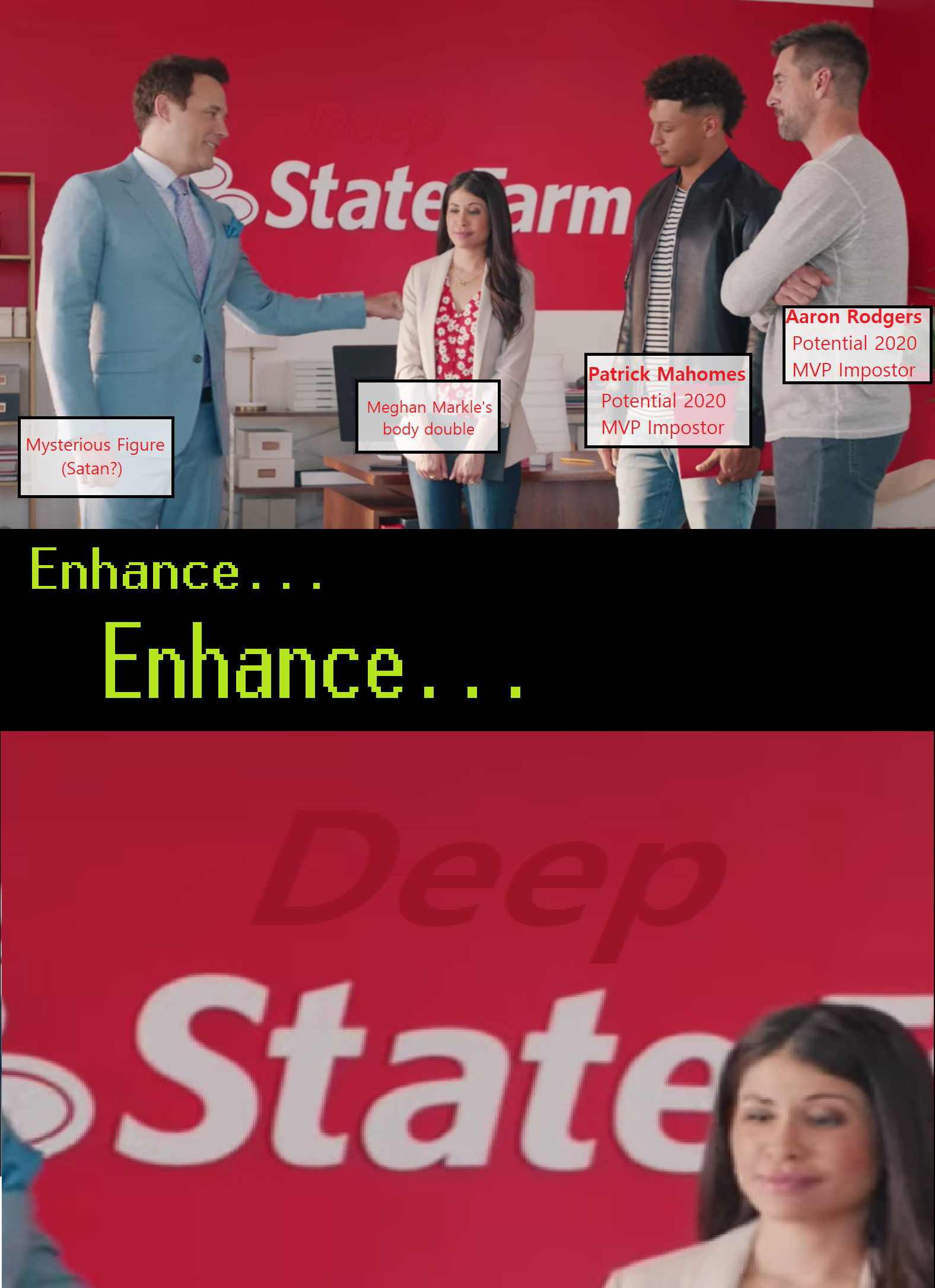 So what can WE do about it, Knowledge Seekers? It now appears inevitable that the Rams will be installed as the NFCW representatives in the Divisional Round of the Playoffs — which is in direct violation of the NFCW constitution! Section 1 Article 1 ensures that the Seahawks will own this Division forever!

There is a feeling of hopelessness across the NFCW. But fear not, Knowledge Seekers. My sources are telling me that the Rams only scored 3 points in the Super Bowl. It’s just a matter of time before they fail again. They are already $21 million OVER the cap for next season, and the Seahawks remain the only NFCW team with a long-term answer at QB. I have no doubt that they will have the final laugh, when it’s all said and done. THE BEST IS YET TO COME!!!!