BKOB Presents: The Collapse of Reality

Greetings Knowledge Seekers. The World sucks now, and I think I know why.

Everything that made SpikedKoolAid.com great has been turned upside down and given a colossal swirly. We squirm helplessly while our values, ideals and social norms circle the drain before our very eyes, like so much Charmin Soft. Chaos reigns supreme and Knowledge itself has been flushed into oblivion. It’s really got me down in the dumps. Toilet.

The strife and anguish we feel in the NFCW is reflected around the globe. Every day we are bombarded with stories of the rapid deterioration of society. In this hazy mass of confusion, dueling sides use deception and manipulation as weapons in a battle for our minds and souls. They use their influence to confuse and distract us with misleading information. Sometimes it seems impossible for us to understand what reality IS. These Knowledge Haters seek to possess and control everything we hold dear.

It’s as though the Seahawks’ failure to make the playoffs created a butterfly effect, eventually leading to the Collapse of Reality. Just like I had always predicted. Don’t you see?? The Seahawks losing? The Rams WINNING? The Eagles winning?? The MARINERS winning?? Bob and Lisa using naughty language… NONE OF IT MAKES SENSE!! I’M FREAKING OUT!!! At least the Cardinals are still awful.

But where did it all go wrong, Knowledge Seekers? When did our timeline go flying off the rails in such tragic fashion? Many people believe the answer is simple: Weasels in the Super-Collider. But I believe the source of the problem is much deeper than that.

Like many keen observers of cultural retrogression, I believe that this trail of psychological carnage can be traced back to January of 2017 – A time of great intellectual upheaval, when a bumbling television personality with questionable mental acuity was suddenly thrust into the highest offices of decision making, despite his COMPLETE LACK of practical qualifications. His disastrous rulings and pitiful “negotiating skills” have made him and his supporters the laughing stock of the world. I’m speaking, of course, about the famous dimwitted wannabe-Dictator in Chief, President John Lynch of the San Francisco 49ers. You’re screwing with the fabric of our very being, John!

It doesn’t help matters that the Rams have spent the offseason collecting Infinity Stones, and half of our favorite heroes have been killed off. C’mon man! Even Spidey?? He started the movie on a school bus, I was NOT ready for that!! Captain Marvel better have a good plan, that’s all I can say!

(SPOILER ALERT: That previous paragraph was full of spoilers) 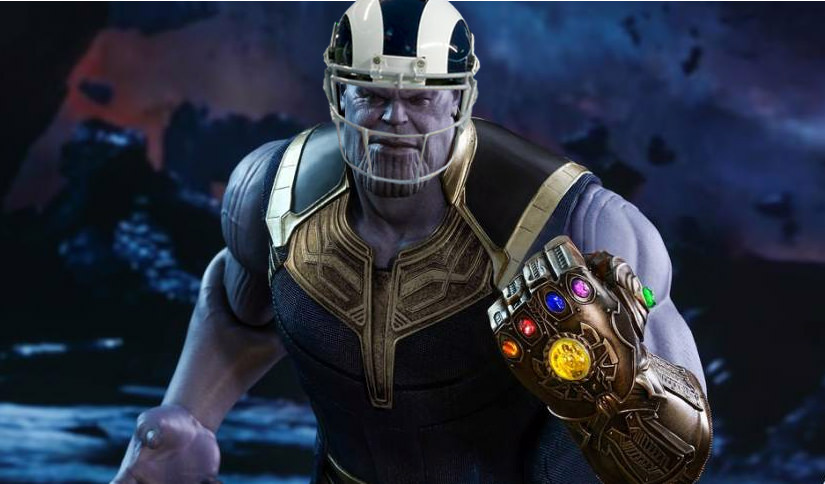 But fear not, Knowledge Seekers. By practicing Attention Vigilance, we can thwart those bad actors in the Fake Knowledge Media who wish to deceive us. And I know how much you all love thwarting! So let’s Arm Ourselves… with Knowledge!!

In these turbulent times, characterized by mental tyranny on an industrial scale, we have to question everything we are told. For example: It is a popular claim among certain NFCW fans that the Rams (somehow) defeated the Seahawks by a score of 42-7. IN SEATTLE, no less. It makes for good troll material, but is it actually true?

Rams fans will quickly offer supposed “video” and “photographic” evidence to boost their incendiary claims. But we know how easily-doctored that type of footage can be. And due to the fact that the stadium itself was empty by half-time, there are actually NO EYE WITNESSES to this supposed “event.” So for now, Myth: Plausible.

You see Knowledge Seekers? By thinking outside of their filter bubble, I’m able to wrest control of the narrative. Don’t let the predatory elites trick you into thinking that you have to answer THEIR questions! Those monsters may have taken the NFCW for the time being, but they’ll NEVER TAKE THE GOLDEN BONER!!

Thanos is laughing now. But The Sequel is coming soon, Knowledge Seekers! And this time the GOOD GUYS are going to win!! AWARD!!